The Ever-Changing Money-Raising Landscape: From Crowdfunding to ILOs

Crowdsourcing and alternative financing activities have a centuries-old history with several roots. But did you know that modern-day crowdfunding was introduced by a British progressive-rock band?

If you are finding it hard to believe that the emergence of an alternative money-raising method could have been that hardcore, let us give you some context.

The story began in 1997 when the British band called Marillion nearly cancelled their long-awaited reunion tour in the United States simply because they couldn’t face the $60,000 cost. Hoping to find a solution, the band sent out an email to a 1,000-person mailing list sharing the details about the unfortunate situation. Much to the band’s delight, one of the fans reached out and volunteered to start an internet campaign and manage a bank account to collect donations for the tour.

Following its initial success, members of the British band revisited this business model multiple times to fund their studio albums. To reward their fans’ loyalty, Marillion had their names printed in the credits of expansive limited editions.

Almost two decades later, another innovative money-raising method that generated communities and interest-based groups was created. The story about its emergence is equally as exciting.

Let’s say you stumble upon a company that has reinvented the concept of street lights by adding smart safety features to them and making them more energy-efficient. Or maybe you hear about an organization on a mission to provide first-class youth athletic programs to 20 million children in the US. Or perhaps, you learn about a firm that has developed a sustainable vapour abrasive blast machine that can clean any surface.

Now imagine being given an opportunity to support any of the aforementioned products or initiatives and receive a portion of the corresponding company’s annual sales as a reward. In a nutshell, that’s how ILOs work.

Although it shares some similarities with the crowdfunding method, the concept of initial license offerings comes with several unique benefits. Much like helping your favourite band raise money to record an album and getting your name printed on the cover in return, you can now support an invention you are passionate about and even turn that opportunity into a source of passive income.

More than two decades ago, members of the band Marillion used their mailing list to get to fans without realising that they’ve introduced a fresh money-raising method along the way. In a way, ILOs draw from the community-building aspect of crowdfunding, taking the concept a few steps further.

By selling low-cost initial license offerings, companies tap into additional capital that they can use to expand the product range or scale the service they’re already offering. However, benefits don’t end there. ILO buyers become the seller’s social media ambassadors, encouraged to share their excitement about the products with their friends, family, and social followers to increase the sales and get more money in annual royalties.

Considering that ILO buyers purchase licenses from the companies whose missions and values they genuinely agree with and support, promoting their products doesn’t even feel like a chore. In other words, everybody wins.

Marrying the best aspects of crowdfunding and social media networking, initial license offerings (ILOs) represent a quick and low-risk way to raise capital and fuel growth that benefits both businesses and buyers. License holders qualify for a portion of the company’s gross annual sales by promoting the business or its products via their social media accounts or in-person. Eager to learn more? Explore ILO-selling companies or find out how to list an ILO. 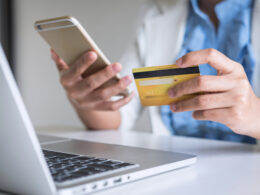 THE ULTIMATE GUIDE TO BUYING AND TRADING ILOs 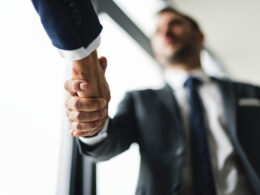 Raising capital is important for a business looking to expand and grow to the next level. You can…
byILOCXnews 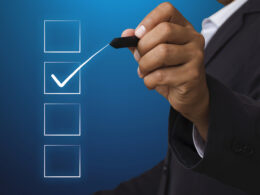 Less than half of new companies survive their first three years in business, and the way startups seek funding…
byILOCXnews 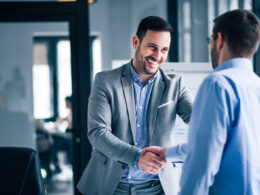 HOW ILOS BENEFIT BUSINESSES AND BUYERS